Men in a Box

A Twilight Zone-like thriller that asks "why do people with addictive disorders continue to return to the very substance or behavior that is destroying their lives?"

The second film in the Trilogy of Recovery Series offers counselors, facilitators and therapists the powerful medium of entertainment education, a leading-edge tool to help clients and patients address the chemical dependency disorders that negatively impact their lives.. 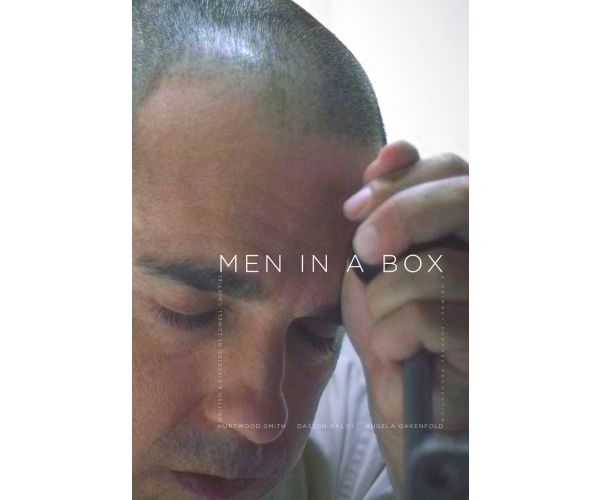 A historical thriller starring Kurtwood Smith as famed psychologist B.F. Skinner as he conducts a chilling experiment into the nature of addiction in his Harvard University lab.

Why do people with additive disorder continue to return to the very substance or behavior that's destroying their lives? And what does it take to step out of that pattern of behavior and find recovery?

Men In A Box explores some of the answers to these questions in a film that writer and director Lowell Cauffiel says was inspired by college psychology classes and his love of of early Twilight Zone episodes.

In film form, entertainment education harnesses the power of a story well told. Social scientists at the University of Southern California and other institutions have identified the viewer's cognitive process watching a good story as "narrative transportation." When a viewer becomes engrossed in a tale, he or she loses his sense of self and becomes immersed in that world and its characters. This then can affect their real-world beliefs. Often it causes them to focus on the connections of the characters and the story to their own lives. Often they initiate action they may not have done had they not been exposed to the story.

Men In A Box is also an official selection of the Hollyshorts Films Festival and the Reel Recovery Film Festival.

Men In A Box is the second of the three stories in the Trilogy of Recovery Series which correspond with the first three steps of Alcoholics Anonymous, and also used in other Twelve Step programs like Narcotics Anonymous. Bed Ridden is about the Step One journey to admit powerlessness over addiction. Men In A Box is about Step Two insanity and what's needed to overcome it. Plan B is about the Third Step decision to live life on life's terms.

Would you like to stream your free preview? Give us a call and we'll tell you how.

RENT THIS TITLE: Men in a Box