Be the first to review this product
$374.00
SKU
3180DVD
Add to Wish List
A 3 DVD series that includes honest and open interviews with meth users who share their struggles to overcome their addiction to meth.
Skip to the end of the images gallery 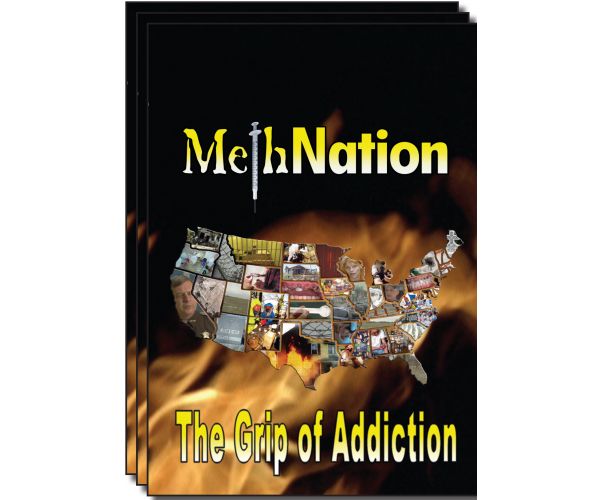 A 3 DVD series that includes honest and open interviews with meth users who share their struggles to overcome their addiction to meth. They share the realities of being caught up in the grip of meth and the effects it has had on their health and the damage it has done to their families.

The Grip of Addiction explains why meth is so addictive and has such a high potential for abuse, and can alter the users personality. It also helps the viewer understand meths effects on the central nervous system. iewers will understand why prolonged use of meth causes dopamine depletion and destroys the users ability to feel pleasure, which often leads to bingeing for days without sleep followed by severe depression, paranoia, belligerence, aggression, and finally collapse from exhaustion, only to awaken days later to begin the cycle again.

Health & Family Effects will help the viewer understand how meth use causes a variety of health problems including rapid heart rate, irregular heartbeat, increased blood pressure, and irreversible stroke producing damage to small blood vessels in the brain. He also addresses the toxic effects of meth use on the liver and kidneys, as well as effects on the immune system. Stephen Sutherland, reveals why meth users often exhibit psychotic behavior that include auditory hallucinations, mood disturbances, delusions, and paranoia, which often result in homicidal or suicidal thoughts. He addresses how meth distorts the users thoughts and perceptions which puts people around them in danger. Dr. Raymond Dennany examines the mouths of chronic meth users and shows viewers a common health problem caused by smoking or snorting meth called meth mouth.

Jesse, a young meth addicted, now incarcerated in the State of Indiana, talks openly about his battle with Meth, his attempted suicide, and the struggles he lives with daily. Jesse's Story truly depicts the power and the horrors of methamphetamine addiction. This must see DVD is an excellent education and prevention tool.