Be the first to review this product
Special Price $224.00 Regular Price $299.00
SKU
4650DVD
Add to Wish List
This thought provoking DVD defines spirituality as a force greater than the individual and a very powerful tool capable of impacting and restoring ones life.
Skip to the end of the images gallery 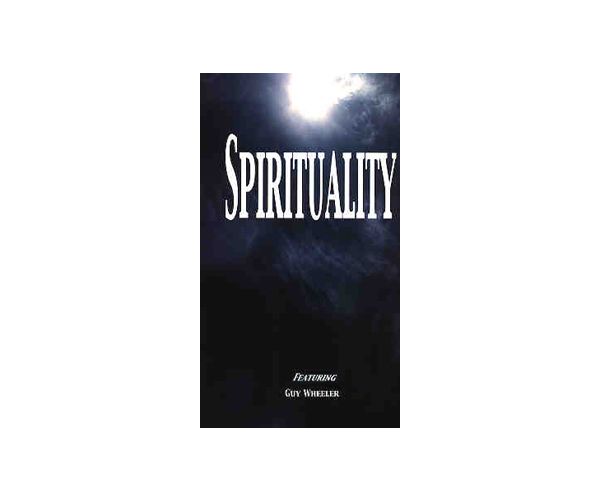 According to Guy Wheeler, the topic of spirituality as it relates to addiction, is controversial, ambiguous, and rarely discussed due to the separation of Church and State. In this DVD, he makes the distinction between religion and spirituality, defining religion as the set of particular beliefs about God or a higher power shared by individuals and practiced as rituals and forms of governance that define how those beliefs are expressed.

Wheeler defines spirituality as a deeply personal relationship, a higher power, or an animating force in the world. Wheeler says an estimated 95% of people in America have some sort of spiritual belief and support system. According to Wheeler such spirituality support systems are central to all those who enter treatment or incarceration. He campares spirituality to other powerful life forces such as gravity, oxygen, electricity, which are not seen, yet, their effects are observed by all.

This thought provoking DVD defines spirituality as a force greater than the individual and a very powerful tool capable of impacting and restoring ones life. Without it, Wheeler says there is a greater propensity to engage in drinking, smoking, binge drinking, and using drugs. Wheeler also says that spirituality provides hope, a value system, love, self respect, forgiveness of yourself and of others, and peace beyond all understanding.